I Needed a Hero: The College Blowout 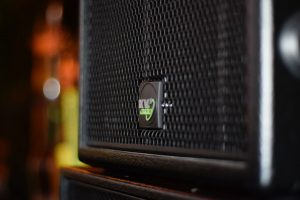 As a college student, having the perfect sound system is a must, but how am I supposed to know how to fix it when it breaks, or even how to set one up in the first place? Let me tell you my story about how our Halloween Bash was almost ruined because of a broken sound system.

I moved into my off campus apartment at the University of California Los Angeles from my home in Phoenix, Arizona, with two friends back in August. Both of my parents came to Los Angeles to help me move in, and my dad had been kind enough to gift me and my roommates a sound system that connected to the television in the living room. He knew that he would need to be the one to install it before he left to go back home, since we knew nothing about that kind of tech. He didn’t really explain how to use it before he left, but nevertheless, we were able to figure it out ourselves. This sound system was really cool. It had Bluetooth and an AUX cord and provided our living room with surround sound that traveled all the way back into the kitchen.

In the first two months of college, everything was working perfectly, but fast forward to the weekend before Halloween; it all went wrong. We had brought some friends over to help plan out a massive Halloween party that we wanted to host at the apartment, when one of our friends knocked right into the speaker and broke something inside, and all we could hear was loud static coming out of it. As college students, we didn’t have the time to deal with it that very minute, so we just turned it off. By the time the school-week began, however, we had forgotten about that little incident, entirely. We would soon come to regret that.

The day of the Halloween party rolled around, so we started to set everything up. I went to go turn on the music so it could play while we worked, but when it powered on, the harsh sound of static gave us a rude reminder of the events that took place the weekend before. I started to panic. How were we supposed to have this huge party with all of our friends, but with no music? Music is supposed to set the tone for the whole night and without it, nobody would have fun or even want to stay at our party. I let my roommates know about our dilemma and none of us had any idea what to do.

We came up with a few solutions, but none of them ended up working out. At first we thought to have a friend bring over their speaker, but we quickly realized that their Bluetooth portable was too small to even fill the room, let alone the house. We also considered making a quick trip to Best Buy to buy another, but none of us had the money to spend on a whole new system on such short notice. After all, we were all broke college students and who just spent their last couple dollars on this huge party. We thought of every idea we could think of, but none of our solutions worked. We were going to have to figure out how to get it fixed.

We started Googling common problems with surround sound systems and how to fix them. None of the technical jargon made sense to us. I tried to fiddle with the wires, but the static would not stop. We even had a few friends come over and take a look, but they had no luck in even identifying the problem, let alone solving it.

We were almost about to give up until I saw a link to AV HERO. I clicked it and saw that I could get speaker support over the phone and they would come to me to fix it. This was our last option. I downloaded their app, described the issue and was connected to a hero within the hour. The hero was able to diagnose the problem over the phone and get to the apartment a couple of hours later. It turns out the problem was with a faulty connection, we just couldn’t figure out which wire was the issue. The hero got here, fixed the problem within minutes and made sure it worked. We also didn’t break the bank by hiring AV HERO to solve the mess. Our party was a hit and the speakers haven’t had an issue since. AV HERO saved the day!